May 14th is a very special day.  It is the day that Mike & Laura declared their love and made their promises in front of their friends and family.  Their Scranton wedding started out at The Hilton in downtown Scranton.  I met up with the girls while they were getting ready.  They were full of energy and I could tell the party was already started.  Laura didn’t start getting anxious until she was sitting in the makeup chair.  She was laughing and enjoying her time with her sister and friends. 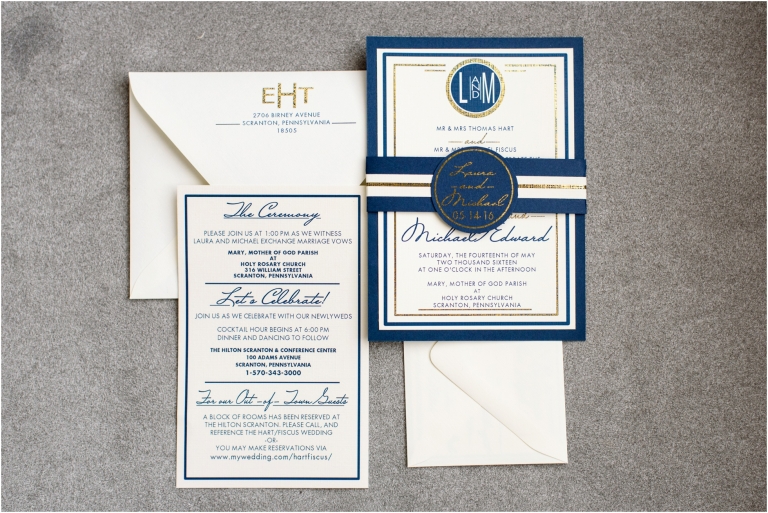 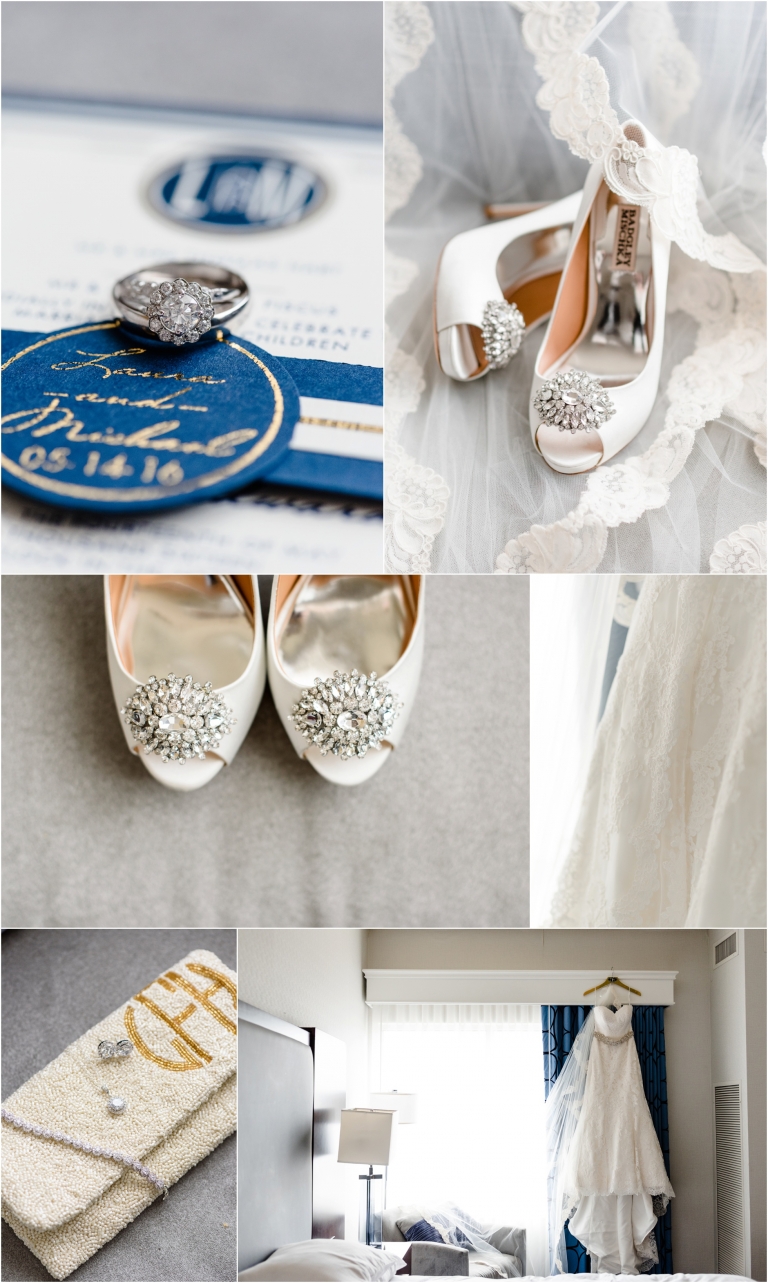 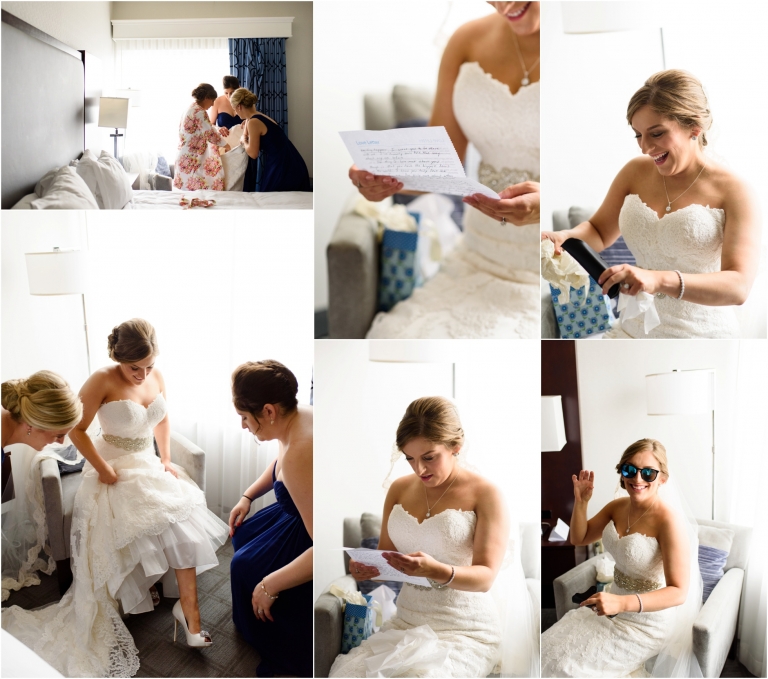 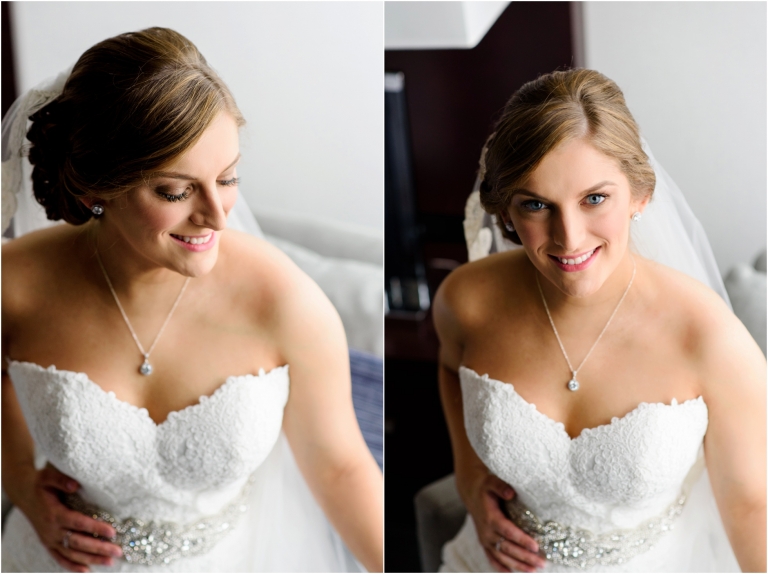 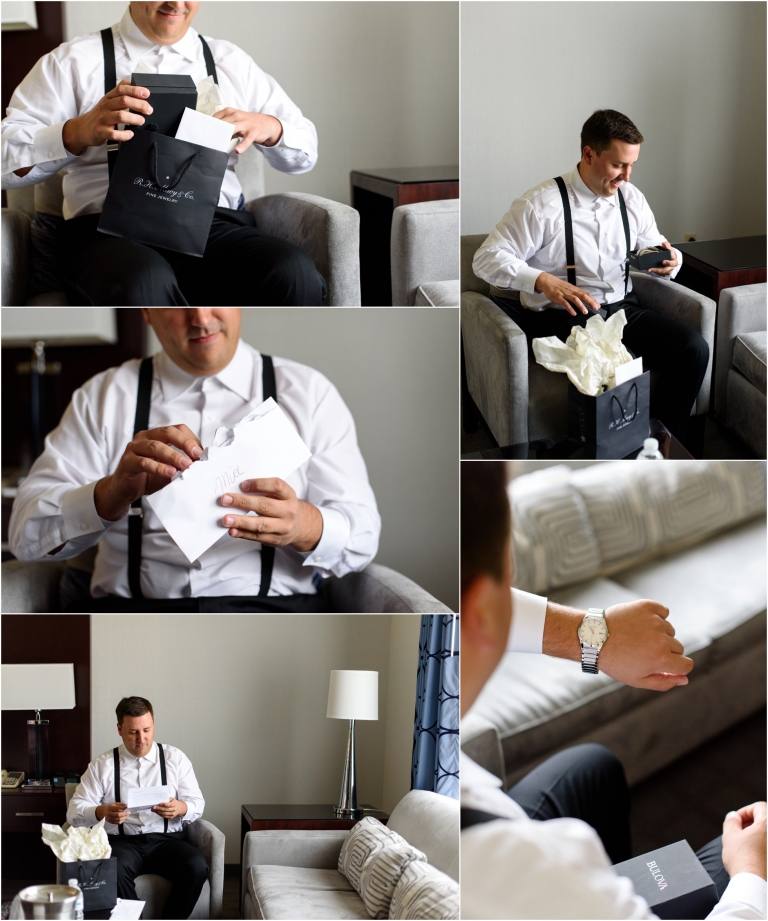 After she was ready, everyone made their way to the Mary Mother of God Parish for the ceremony.  Mike had the biggest smile when he saw his bride approaching.  The ceremony went as planned and it was official.  We did the family portraits and as we exited the church dark clouds started rolling in… 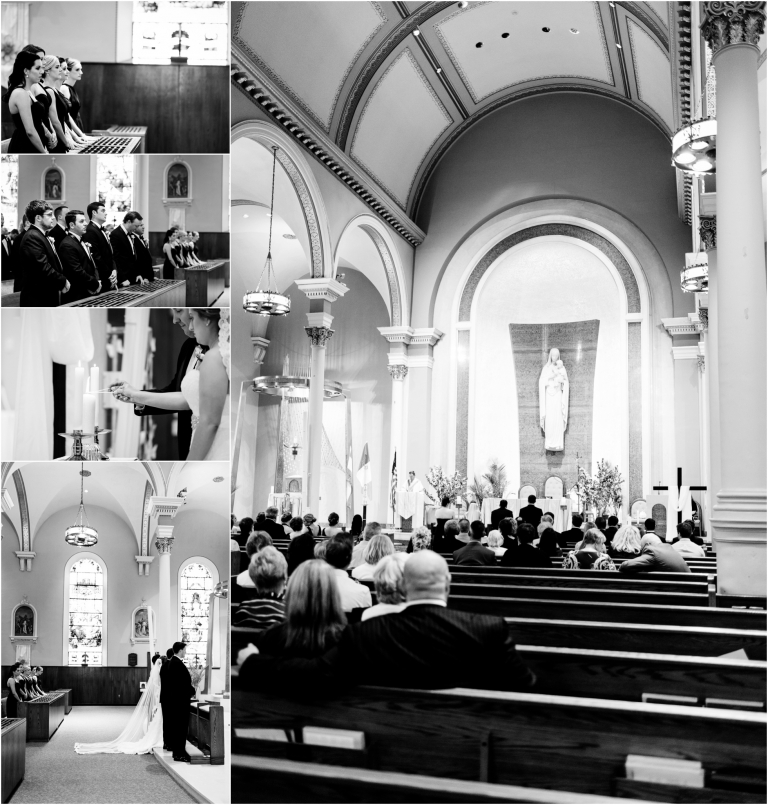 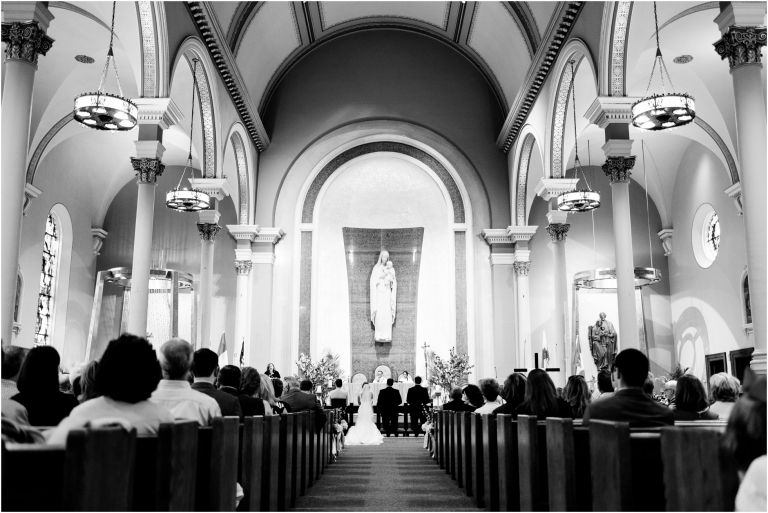 Nobody enjoys doing portraits in the rain, so we raced to The University of Scranton.  We had no idea what the sky was going to drop on us.  Was it going to be a downpour or sprinkle?  I told Laura & Mike it was going to be okay, but just in case I wanted to do their portraits first.  Normally, I loosen everyone up with bridal party photos and ease my bride and groom into things.  They rocked it without being eased into it!  I mean, they just got married!  How could they not enjoy snuggling up and having some time to look into each other’s eyes. 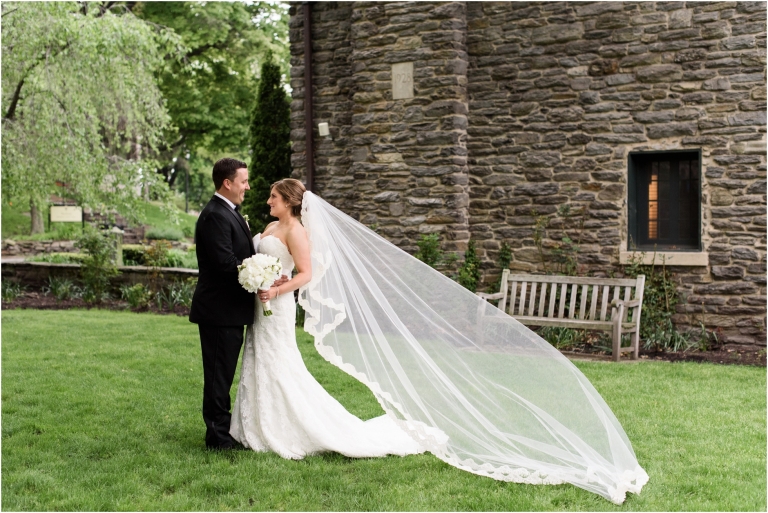 During portraits, we could hear the bridal party having a grand time on the bus.  They broke into song and we could hear them singing at the top of their lungs.  Laura realized what they were doing and broke out in laughter…

It was time to bring the party into the garden.  They were such a great bunch.  They were fun to be around and yet they were respectful. They knew we had a job to get done especially with the dark clouds.  We got really lucky.  It just sprinkled and rained lightly.  It wasn’t a big deal at all.  They all went back to The Hilton and partied the night away.  It was such a pleasure working with Mike & Laura.  We now share an anniversary and they will always have a special place in my heart. 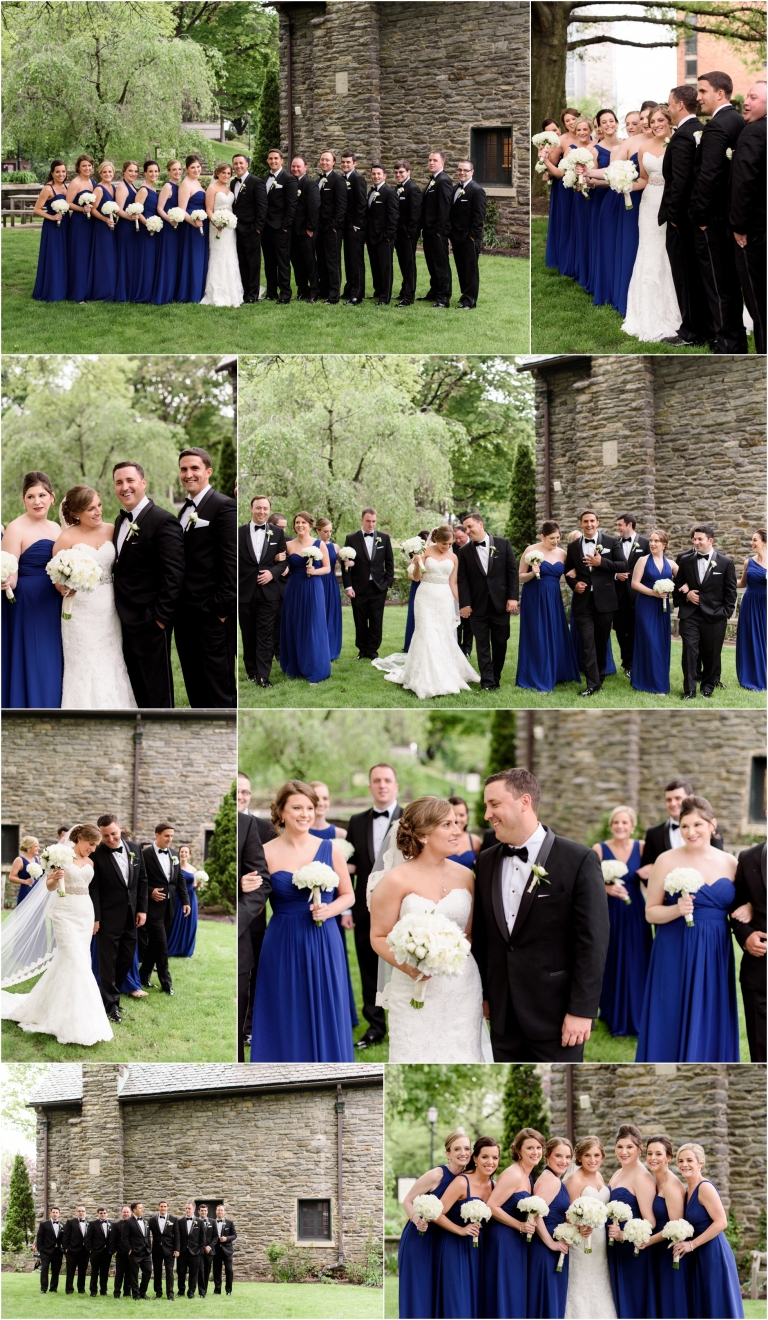 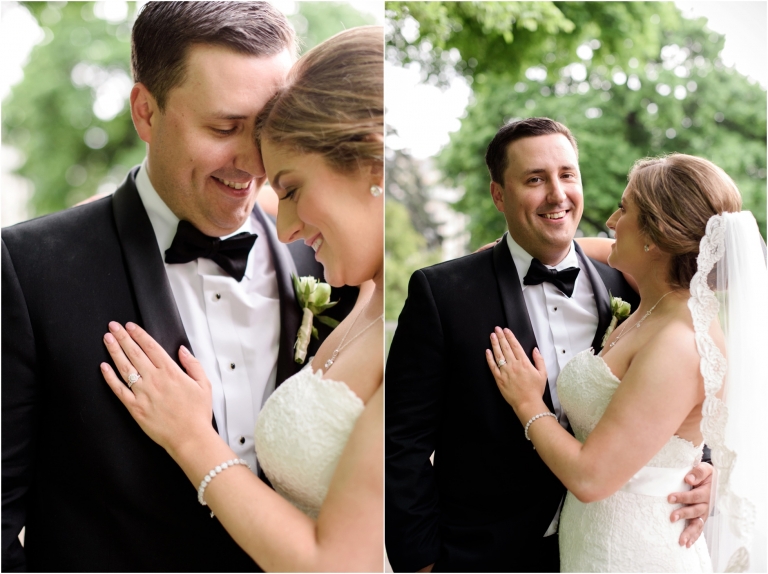 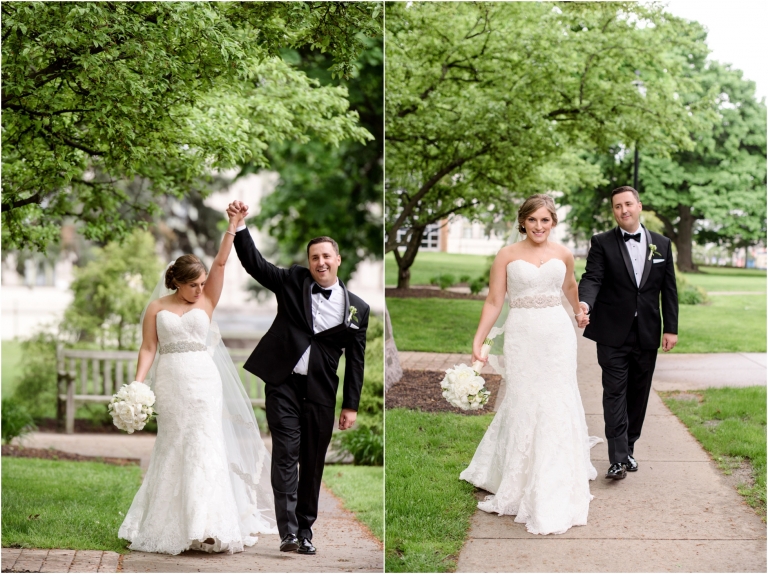 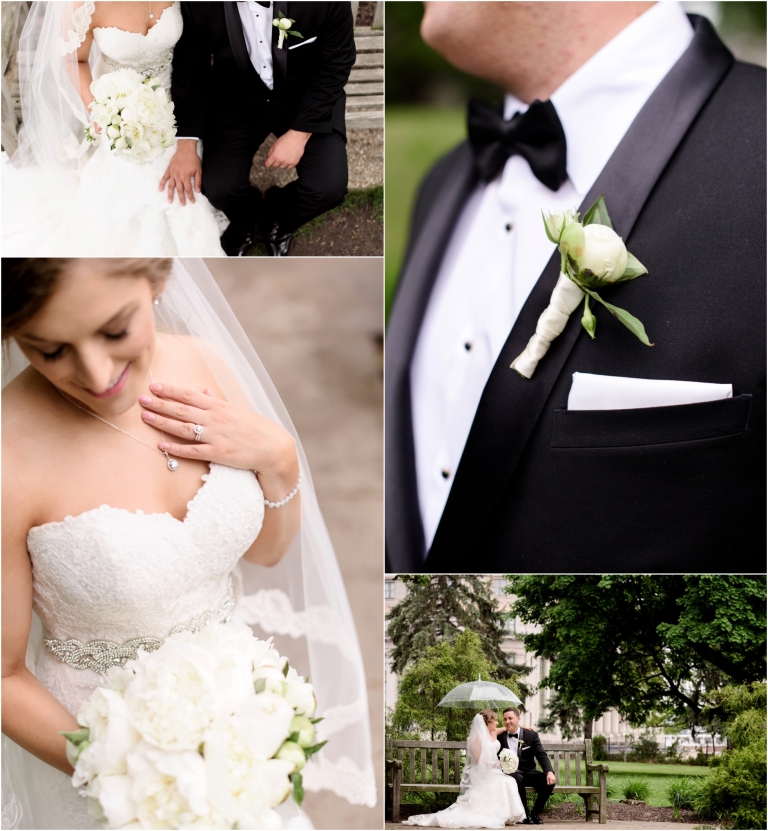 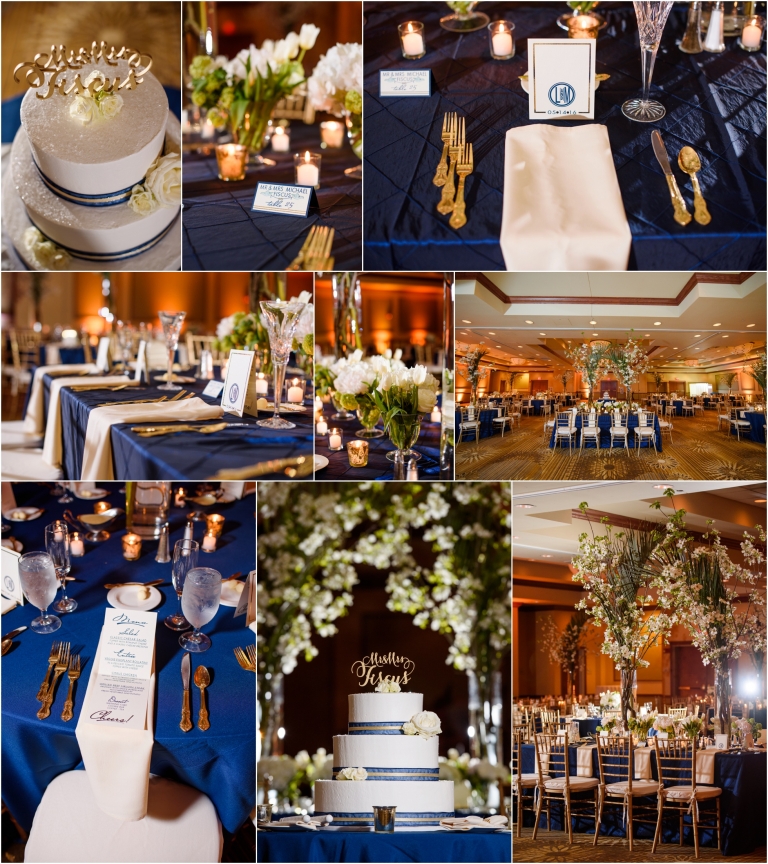